Artificial intelligence (AI) has the potential to revolutionize warfare by increasing the speed and precision of decision-making, enhancing situational awareness, and improving the effectiveness of weapons systems. By automating many of the tasks currently performed by humans, AI can reduce the potential for human error and enable military personnel to focus on more complex and important tasks. Additionally, AI-powered systems can operate in environments that are too dangerous for humans, such as on the battlefield or in high-risk combat zones.

The use of A.I. in warfare is a given, as countries have already developed autonomous drones that can monitor borders and conduct airstrikes of their own volition.

These tactics are just one part of future warfare that will be increasingly driven by computer code and algorithms. With A.I., though, militaries will likely be able to make greater use of unconventional means of winning the war through strategies like destabilizing a country’s economy or taking out its power grid.

In our session on Future Casting, we look at examples in science fiction such as Blade Runner, Killer Bots, and HBO’s Westworld. 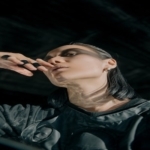 Accessible A.I.
Scroll to top
We use cookies on our website to give you the most relevant experience by remembering your preferences and repeat visits. By clicking “Accept”, you consent to the use of ALL the cookies.
Do not sell my personal information.
Cookie SettingsAccept
Manage consent