Fractional ownership is a concept that refers to the idea of owning a share of an asset, rather than the entire asset. This concept is becoming increasingly important in the context of emerging technologies, such as autonomous vehicles and drones, because it allows multiple parties to share the costs and benefits of owning and using these technologies.

One of the key advantages of fractional ownership is that it can make new technologies more accessible and affordable. For example, the cost of buying and maintaining an autonomous vehicle or drone can be prohibitively expensive for many individuals or businesses. By allowing multiple parties to share the costs of ownership, fractional ownership can make these technologies more accessible and affordable.

Another important advantage of fractional ownership is that it can help to accelerate the adoption of new technologies. By allowing multiple parties to share the costs and benefits of ownership, fractional ownership can make it more attractive for businesses and individuals to invest in new technologies. This, in turn, can help to drive innovation and growth in emerging technology markets.

Additionally, fractional ownership can help to improve the utilization of new technologies. Because multiple parties can share the ownership of a technology, it can be used more often and in more diverse ways. For example, an autonomous vehicle or drone that is owned by multiple parties can be used for a wider range of purposes, such as transportation, delivery, and surveillance. This can help to maximize the value of these technologies.

Co-ownership has been a staple in the financial markets for centuries, with the public able to gain partial ownership in companies by purchasing stock shares in them. Why should that concept and financial model only apply to businesses? At least, that is the thinking behind recent companies who are applying the concept to everything from art and collectibles to pro-sports league athlete contracts.

NBA point guard Spencer Dinwiddie is offering Dream Fan Shares, which allow him to collect upfront cash on his $34 million three-year contract in return for interest and full payment of principal at maturity.

Otis is an app that allows its members to buy shares in works by famous artists, rare comics, and collectible sneakers, such as $75 per share of X-Men Comics #1 or $20 per share of street art from a famous painter.

There are already co-ownership communities for almost every vertical. As blockchain continues to evolve, expect to see even more unique takes on this model. 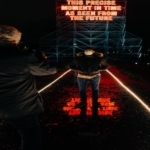 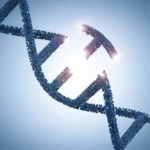 CRISPR Crash
Scroll to top
We use cookies on our website to give you the most relevant experience by remembering your preferences and repeat visits. By clicking “Accept”, you consent to the use of ALL the cookies.
Do not sell my personal information.
Cookie SettingsAccept
Manage consent