Drone surveillance refers to the use of drones or unmanned aerial vehicles (UAVs) equipped with cameras or other sensors to collect data or monitor a particular area. Drones are increasingly being used for surveillance purposes in a variety of settings, including law enforcement, military operations, and disaster response.

One of the main advantages of drone surveillance is that it allows for the collection of data and information from difficult-to-reach or dangerous areas. Drones can be deployed quickly and easily, and can provide real-time information about a particular area or situation. This can be useful for monitoring and responding to events such as natural disasters, terrorist attacks, or other incidents.

However, there are also potential pitfalls associated with drone surveillance. One of the main concerns is the issue of privacy and surveillance. The use of drones for surveillance can raise concerns about the collection and use of personal data, and the potential for abuse or misuse of this information.

Another issue is the potential for drones to be used for malicious purposes, such as spying or gathering intelligence. The ease of use and accessibility of drones means that they can be used by individuals or organizations for nefarious purposes, which could pose a threat to security and privacy.

In summary, drone surveillance can be a useful tool for collecting data and monitoring events in difficult-to-reach or dangerous areas. However, the use of drones for surveillance also raises concerns about privacy and the potential for abuse or misuse.Try again

Whether you’ll receive a pizza delivery by drone anytime soon remains to be seen, but drones are increasingly being used for monitoring and detection purposes by governments and industry.

Such detection runs the gamut from patrolling perimeters of sensitive areas, inspecting pipelines, to monitoring people for pandemic-control purposes – with the number of new applications growing rapidly. 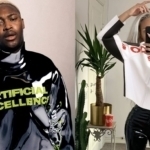 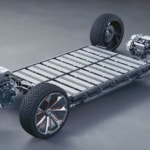 Extended Battery
Scroll to top
We use cookies on our website to give you the most relevant experience by remembering your preferences and repeat visits. By clicking “Accept”, you consent to the use of ALL the cookies.
Do not sell my personal information.
Cookie SettingsAccept
Manage consent