Tokenomics is the study of the design and implementation of tokens, which are digital assets that can be traded on a blockchain platform. Tokenomics is important because it provides the underlying economic framework that determines the value and behavior of tokens within a given blockchain ecosystem.

One of the advances of tokenomics is that it allows for the creation of new economic models and incentives that can drive user adoption and engagement within a blockchain platform. For example, tokenomics can be used to design tokens that have specific utility or value within a particular platform, which can encourage users to hold and use these tokens.

However, there are also potential pitfalls to the use of tokenomics. For example, if tokens are not designed and implemented carefully, they can be subject to speculation and volatility, which can lead to instability within a blockchain ecosystem. Additionally, the use of tokens can sometimes be subject to regulatory uncertainty, which can create challenges for those looking to use or invest in them.

The movement of virtual tokens

Tokenomics is short for token economics. Tokenomics include a series of metrics relating to a cryptocurrency coin or tokens, such as supply, allocation, distribution, emission, and utility. Although they are often used interchangeably, cryptocurrency coins and cryptocurrency tokens are two very different things. Coins are more like currencies and are native to their blockchains. By contrast, tokens do not have their native blockchains, are similar to stocks, and often have specific use cases.

When you stake a cryptocurrency as a validator or a delegator, those coins or tokens are usually locked up for some time. This can supercharge positive price action during a parabolic run. ‘Utility’ is also referred to as a use case and includes basically anything that drives demand for a cryptocurrency coin or token. More utility generally = more demand, which means the price goes up. ~~~~~~~~~~~~~~~~~~~~~~~~~~~~~~~~

Have you ever wondered what makes cryptocurrencies valuable well the short answer is that they are the only assets that exist outside of the current financial system they require no middleman to transfer most cannot be censored or shut down and some even offer an unparalleled amount of user privacy the real question is why some cryptocurrencies are more valuable than others take bitcoin and Dogecoin for example Dogecoin’s code is based on bitcoins and Dogecoin has been in the news about as much as bitcoin over the last few months despite these similarities, one btc is currently worth fifty thousand dollars while one doge is worth just a few cents more often than not the reasons for such a large discrepancy between price tags is tokenomics tokenomics are one of the most important things to evaluate when analyzing a cryptocurrency and there’s something that’s often overlooked so today I’m going to take you through the various tokenomic factors you need to know about when vetting a crypto coin or token keeping these in mind will make sure you make bank instead of getting burned before we get down to business tokenomics is short for token economics tokenomics include a whole series of metrics relating to a cryptocurrency coin or token such as supply allocation distribution emission and utility it is also iessentialto note although they are often used interchangeably cryptocurrency coins and cryptocurrency 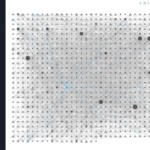 Fairer Futures
Scroll to top
We use cookies on our website to give you the most relevant experience by remembering your preferences and repeat visits. By clicking “Accept”, you consent to the use of ALL the cookies.
Do not sell my personal information.
Cookie SettingsAccept
Manage consent