With a nod towards letting the audience direct the action, video producers are developing content with multiple storylines that are dictated by viewer choice or that provide viewers with multiple narratives, either sequentially or simultaneously.

This is most notable in Netflix’s “Black Mirror” episode “Bandersnatch,” which allows viewers to interactively and sequentially make decisions on behalf of the characters, which then drives the story’s narrative and action forward to any number of ultimate conclusions.

Expect to see more of this in the evolution of virtual reality entertainment and the merging of films and gaming in which people can star in their own infinite gameplay. 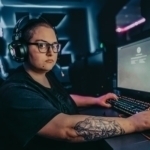 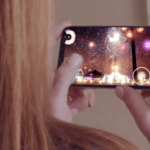 Cloud Clubbing
Scroll to top
We use cookies on our website to give you the most relevant experience by remembering your preferences and repeat visits. By clicking “Accept”, you consent to the use of ALL the cookies.
Do not sell my personal information.
Cookie SettingsAccept
Manage consent